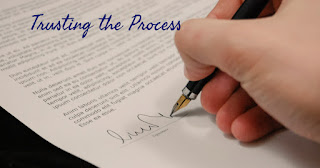 For the past few months I've had for sale an apartment I own in the Dominican Republic and last week I traveled there to sign a contract with a buyer.

Initially, I had someone there in charge of selling it, but it seemed they were not putting much effort and time into the process.  A friend there recommended another real estate agent as being very knowledgeable and aggressive. So I hired her.

I had been praying throughout this time for God to provide the right help and the right buyer and to bless the process.

Within a month's time she found an interested buyer and the process began.  Upon signing the contract and receiving the first payment, what I believed would be a smooth process became a very challenging one.  First, we encountered issues with my documentation.  Not having a permanent residency there anymore since I moved back to the US, slowed the whole process.  Dealing with the bank and government offices to process payment and taxes became a real struggle. Even issues with the original title have had to be addressed.  I never imagined this!!! Lawyers, money, time, confusion.  OMG.   Of course, I began to feel disappointed, frustrated, and stressed out.

Now back home in the US, I've continued working at a distance with the agent and lawyers there resolving  these issues.  I began to feel fear of losing the opportunity to sell to this buyer; having already paid the 5% commission from the initial down payment.  And fear of losing a lot of money.

I had to face the fear head on!!!  I remembered I had prayed and I needed to trust God in this process. Since that moment that I decided to shift my focus from the fear to God, I feel much more at peace and confident that all will work out as it is supposed to.  I don't know how it will transpire, but I trust it will be as it should.  Even though feelings of doubt do come up, I choose each time to trust.  And I really do feel peaceful about it all.  It's like resting and allowing and giving it over to my Higher Power.
Posted by Savina Cavallo at 3:15 PM
Labels: challenges, God, Higher Power, trust., trusting the process 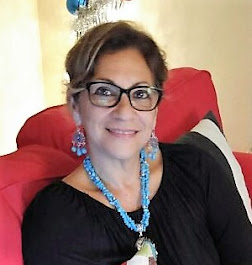 I am here only to be truly helpful